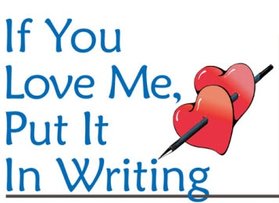 Types of the contract will depend on a type of relationship you are in:
Cohabitation Agreements:

A cohabitation agreement is designed for common law couples. The agreement may specify who owns which property and what rights the partners have over the property;  who will receive an income, gain or who owns what assets. If the couple wishes to own assets together, then the agreement will outline the portions that each partner owns.

Under Alberta law, a couple is considered to be in a common law relationship if they have lived together for three years or more, have a child or have adopted a child together, or have signed a cohabitation agreement.

The division of property after separation in a common law relationship is going to change in Alberta on January 1, 2020.
Starting January 1, 2020,  common law couples will have the same rights to property as married couples as a result of Bill 28 which will amend the Family Law Act in Alberta. That means that they will share all property accumulated during the common law relationship on a 50-50 basis after separation unless  assets are exempt.
As a result of the changes to the Alberta Family Law Act, which will come into force on January 1, 2020, property division for common law couples will be the same as for married couple

​In order to be recognized by the Courts, you must each see your own lawyer who will review the agreement. You must also acknowledge in writing that you understand that you may be losing your rights under the Family Property Act.